Takeru Satoh Posted More Photos of Himself on the Set of Rurouni Kenshin!!! More Eye Candies!!! @_@

♥This Post would Be Solely Dedicated to Takeru Satoh!!!♥

♥We're lucky to have seen the most recent photos of Takeruh Satoh on the Set of the Sequels of the Live Action Film Rurouni Kenshin!!!♥

The ones from Rurouni Kenshin were posted last January... The ones from his new drama "Taketere" were from last February...

His first project for the New Year is the "Taketere"... These were taken last January 31, 2014. Almost all of his messages were FILLED WITH GRATITUDE to the casts and staff and to his fans... 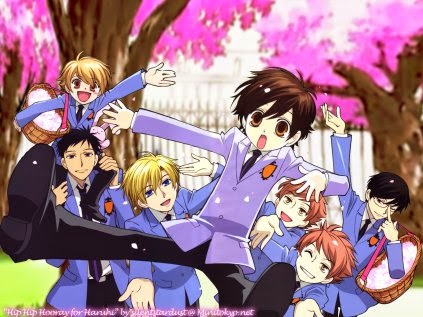 Oh my gosh, I feel the same way as one of the fans na nag-comment sa YouTube!!! Best anime series ever!!! (Well, maybe my recent favorite among the thousand others that I also love... lols)

Not only that its stories have depth and meaning, Ouran High really cheered me up when I felt really sad reading and watching other melancholic animes... T_T Like Fruits Basket and Vampire Knight.... Sorry, they're super ganda din, pero really HEARTBREAKING talaga... Pero I thought that they're one of the BEST STORIES that those genius CREATORS like Natsuki Takaya (about her *here*) have ever imagined of.... Of course, I am also referring to Hino Matsuri (about her *here*), the great mind behind Vampire Knight (ang drama din ng story nito... grabe... *heartache* ang nakuha ko jan)

Hoping for follow-up seasons... Hoping that they'll finish the story of the manga in animation...

But, I again still feel a little sad because Haruhi can be a good match for almost all of them and if she can be paired to any one of them, the *kilig* level would still be very high up in the sky....

Haruhi and Tamaki... They're the couple!!! 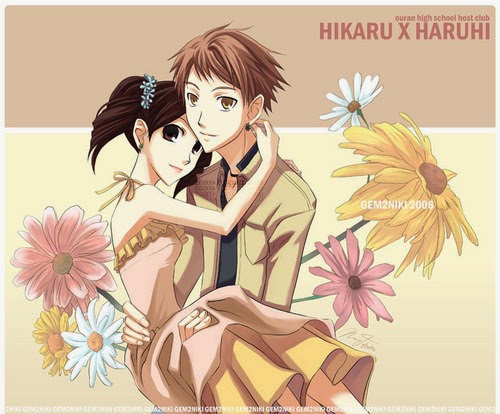 Parang, I can see Tohru Honda in her... Well, actually Tohru Honda from Fruits Basket, Haruhi, and Sunako Nakahara from Yamato Nadeshiko are my favorite kinds of heroines.... Sila talaga ang bet ko!!!!

Such animes uphold the dignity of women... The boy characters in such animations show how women should respected and treated equally.... Love them...

Haruhi, Tohru, and Sunako personify the women who are truly INDEPENDENT... Can rely on their own.... No need for males... That they an succeed without them...

♥♥♥They embody and EXEMPLIFY the kind of women that we all should be these modern days!!!♥♥♥ 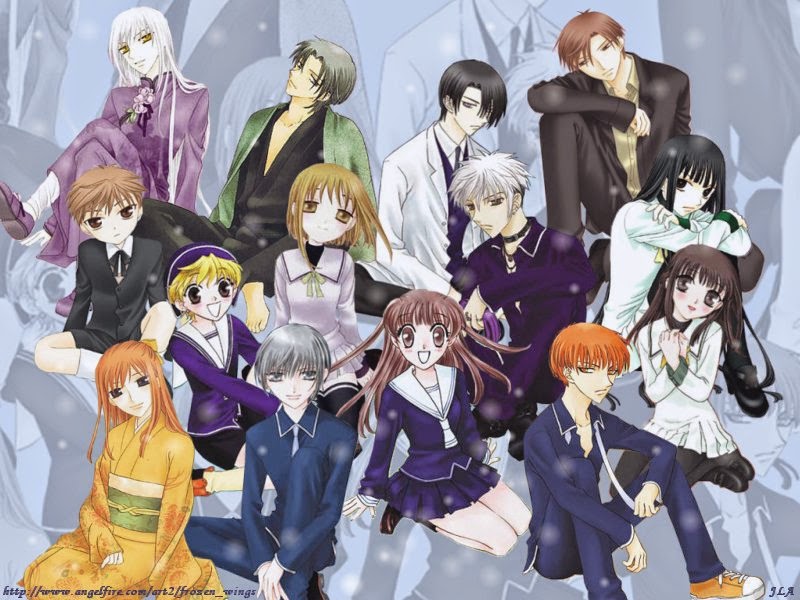 Unlike the most female characters in other Japanese animations wherein they are regarded as very low... Not really in a discreet but in ways teenagers know...

But in Ouran High... Haruhi is the one whom all of the boys love and respect....

Medyo feminists ako 'no? But I really like such shows which have a bit of a FEMINIST mentality to imply and to let everyone to discover and learn...

Like the Korean TV Drama Series Marry Him If You Dare.... 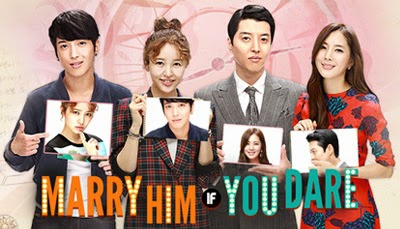 I love this series very much not just because of the fact (but it really is!!!) that it is starred by my favorite Korean actress Eun Yoon Hye and my super crush Jung Yong Hwa
*SCREAM* (SUPER FANGIRLING ahahah).....


But because of the FEMINIST advocacy that the drama implies with its story and EMPHASIZES...

Na Mi Rae (Eun Yoon Hye) here is a 32-year old call center agent who still dreams big of becoming a broadcast writer despite the hindrances of the people thinking that she's too old to achieve that, even including her own brother, who just wants to marry her off to a well-off man whom she can rely on, without the need to succeed on something, and make her self shine....

I especially like the line wherein Na Mi Rae says "she doesn't want to depend on any man in order to succeed in any career or profession that she would like to excel at, I'll use my own power and my own abilities to do that, not under any man's shadows".... BOOM!!!

For me that's heartfelt and it's a message to all LADIES in the world to SUCCEED on your own, make your own bright future of path... 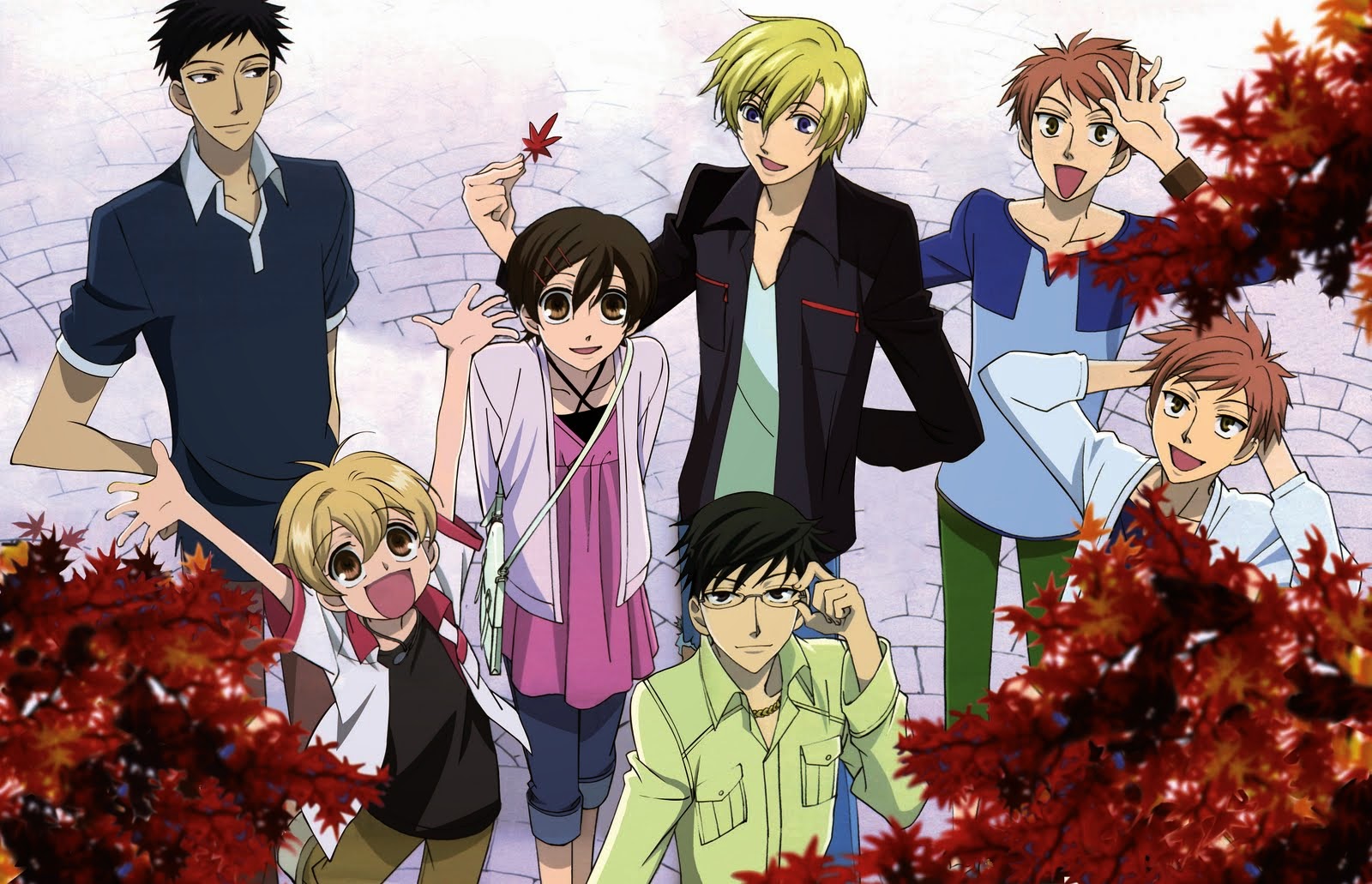 Like what I've been discussing about Haruhi, up until the very last events in the manga... Even if she's with Tamaki already, (Yes, with Tamaki!) she kept her focus or concentration on her studies... not on her love for him... 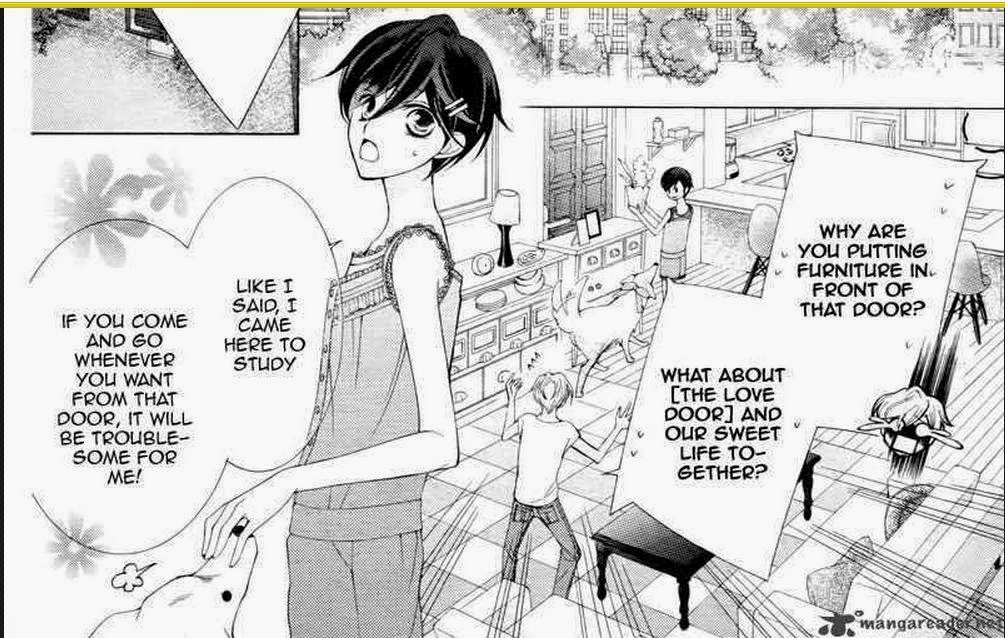 Although she treasures him and loves him so.... 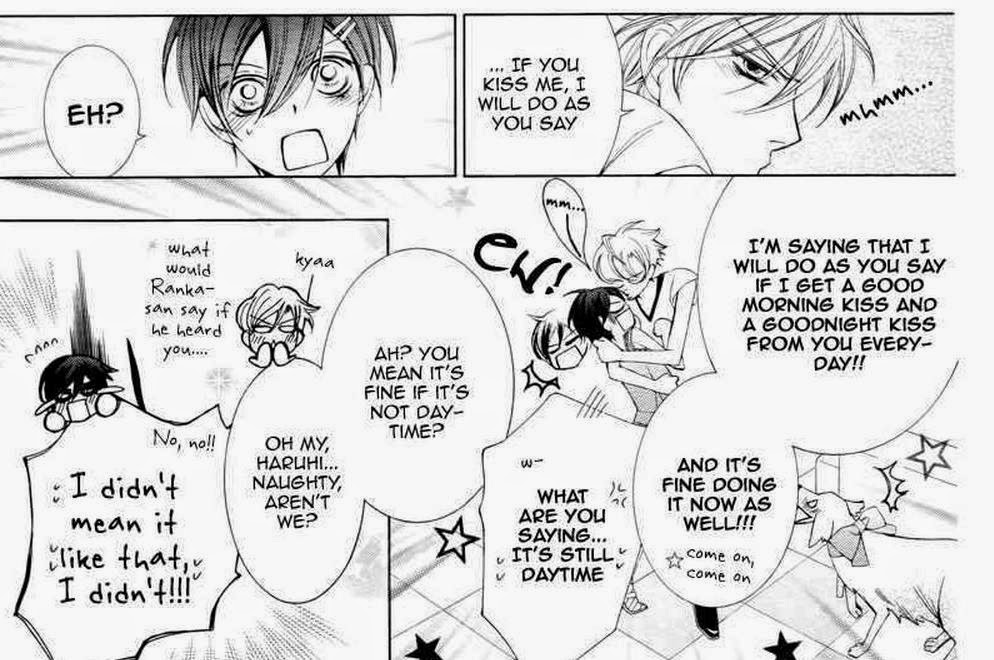 photo credit from mangareader.net
She's got all the motivation to focus on her studies but the whole gang of the Host Club seem to not have any plans to make their wonderful experiences as the Host Club members to be just memories... 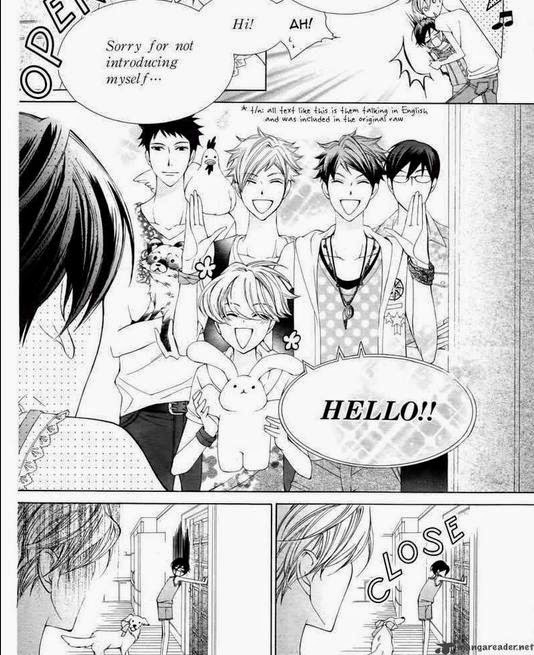 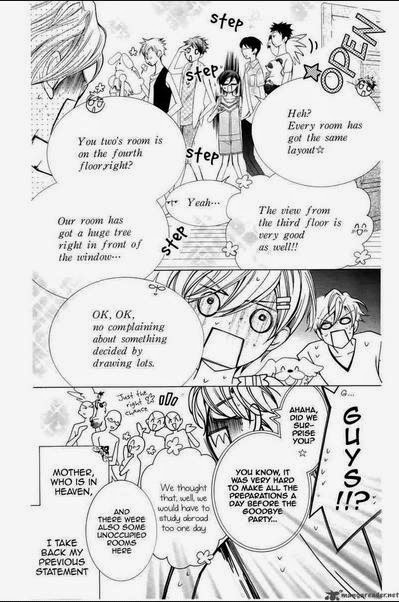 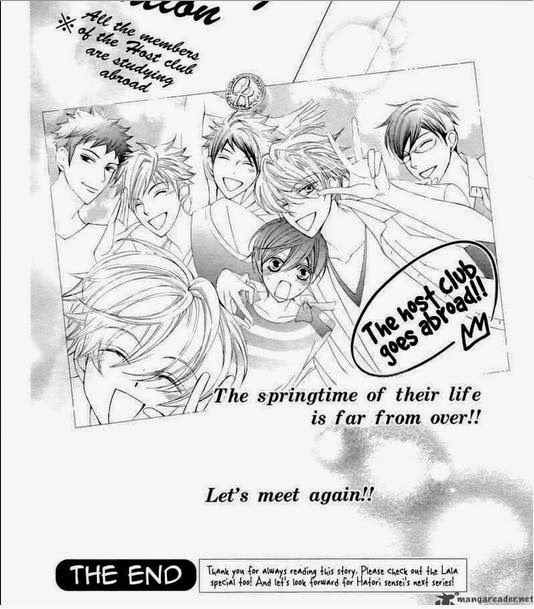 Born in 1989, March 21st, Takeru Satoh turned 25 this year, which is right in time for the  year of release of the two-part sequel of the “Rurouni Kenshin” live action movie!!! 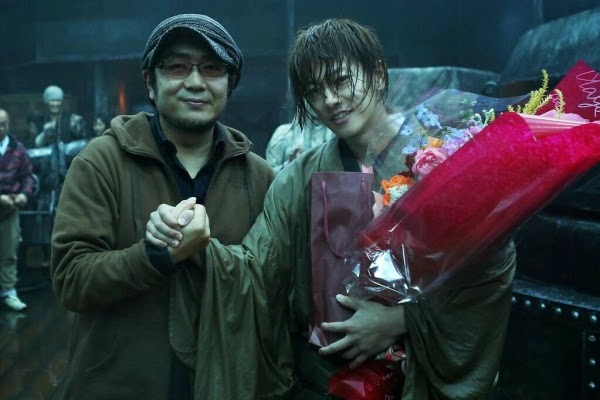 Fans can expect nationwide road shows and promotions even bigger than the first movie!

Actor Takeru Satoh will of course reprise his role as the protagonist, Kenshin in the blockbuster hit Rurouni Kenshin, which opened on Aug. 25, 2012, and grossed over
3 billion yen at the box office during its run. The popular drama returns after two years in summer 2014 as a sequel divided into two parts na bongga ang elaboration ko in my other post....

Comment from Takeru Satoh (Himura Kenshin):
"I feel very fortunate to be able to play Kenshin again, but I am also feeling the pressure of having to cross over an even higher hurdle. This time, the movie will portray the “Kyoto Arc,” which is one of the most popular arcs and considered the climax of the manga. I am glad we will be able to capture the great story on screen, but at the same time, this will also be a very difficult project. However, I don't think of it as 'surpassing the previous film,' but rather, I would like to make a movie that fans will approve of. As such, I will place my trust in the director and play Kenshin based on the soul of the original manga, and challenge the new scale and action in the sequel. I started practicing for combat scenes and horse-riding since a few months ago. All the cast and staff are shooting this movie from the bottom of their hearts so I hope our fans will support us as well!" 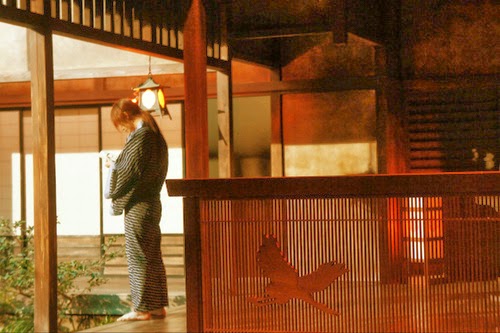 Ang effort talaga niya to be able to portray Kenshin in a "a way that fans will approve of" daw... Para sa akin, ikaw ang the best! For me, no one can surpass the way how excellent you portrayed your character! (Makapuri! Ahahah XD)

Guess what he's re-reading? The manga itself!

Takeru Satoh's official blog post (*here* goodluck n lng dahil hindi ko din naintindihan, kakaunting katakana at hiragana at sangkaterbang kanji T_T) shares with the world that Satoh is re-reading the manga so he won't forget his character Kenshin Himura's original intentions based on the story line of members of the elite group Juppongatana along with its leader, the burnt and bandaged Makoto Shishio (Tatsuya Fujiwara).

To get into the character talaga ang peg! And I think he deserves all the praise! All of them do! I didn't miss the chance to watch the first movie, buti n lng anjan si Ayan-chan, and we're totally blown-away! As in boom!

Parang walang kaarte-arte sa katawan... The actors and the actresses are characters of the story... They are who they are in the story... Feel na feel ko ang story... Ang depth, ang drama... Ang gagaling nilang lahat!

The filming of the two "Rurouni Kenshin" films ended on December 27 last year after six months of filming.
And the very nice Takeru Satoh posted this on his blog regarding the six month shoot.
"It was late, but Happy New Year! Sato is grateful for this year! Well, today after a long time we send to you our "Rurouni" site report. The other day Ken finished the fierce fight for half a year, we have successfully wrapped up the 'Rurouni Kenshin: The Great Kyoto Fire' and 'Rurouni Kenshin: The End of a Legend' Thanks to all of your support, we were able to finish this long and harsh shooting! Thank you very much everyone, the fans and staff who have supported this filming, who have shown their full support! We will tell you more about this report, of Kenshin's wrapping up So stay tuned!"
At para mayroon naman tayong masaya-sayang pictures ng kanyang birthday celebration, here they are, right directly from his official blog site (*here... Takeru♥♥♥!")
Ipinaskil ni Unknown sa 12:29 AM 3 komento: 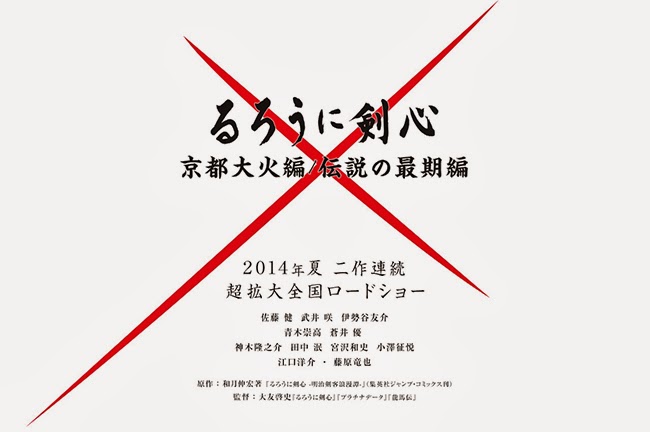 Here's the official teaser trailer... You might still not be recovering from the AWESOMENESS of the first one like I am but we have to get our selves ready for another MIND-BLOWING, HEART BURSTING MASTERPIECE!!!


Tatsuya Fujiwara, who portrayed Light Yagami in "Death Note" (another popular series) has joined the cast of the sequel to last summer's live-action "Rurouni Kenshin" film. Fujiwara will portray Shishio Makoto, villain of the "Kyoto Arc." He also played Shuya Nanahara in “Battle Royale,” and now, ladies and gentlemen, he is seen taking on the role of the burnt and bandaged Shishio in the teaser for “Rurouni Kenshin 2: The Great Kyoto Fire Arc.”


In this second installment of this ever-popular live action adaptation of Rurouni
Kenshin, the story line of the main characters' struggles with the members of the elite group Juppongatana along with its leader, the burnt and bandaged Makoto Shishio played by Tatsuya Fujiwara will be showcased!  Get a glimpse of the live-action version of Shishio, everybody!

Other characters for the popular series include the following: (Eyes on this talented actors and actresses everybody!)
Next up, is Munetaka Aoki as Sanosuke Sagara 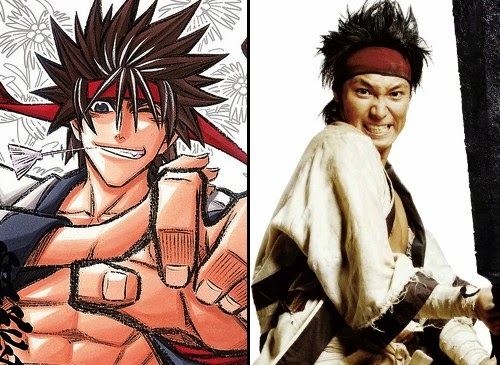 One of my favorites pero kinaiinisan din, is Megumi Takani portrayed by Yuu Aoi . 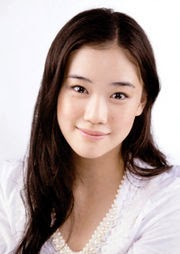 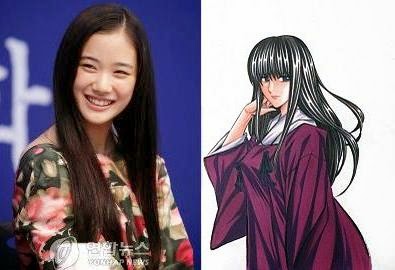 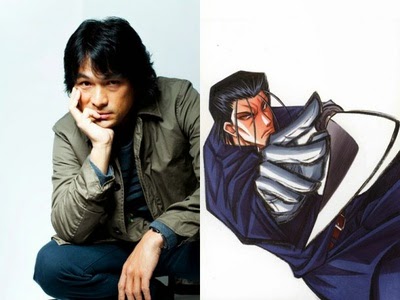 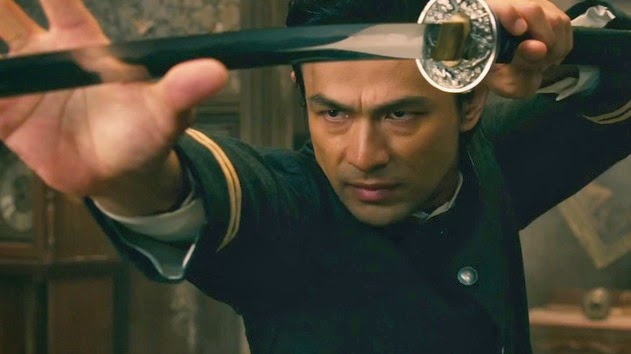 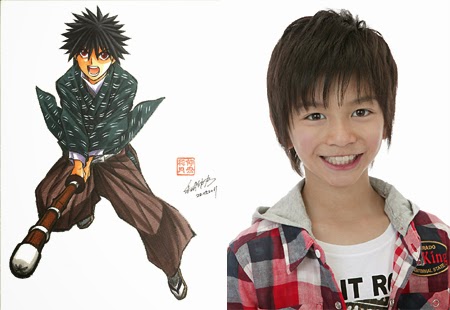 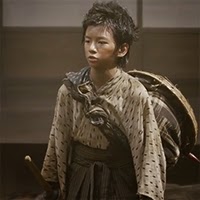 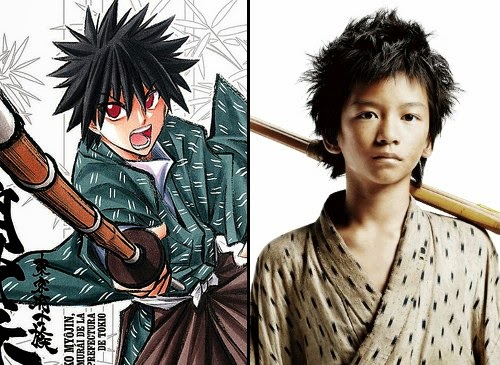 So far, un n muna .. Hayyy, the first movie was premiered August 25, 2013 in Japan, but then it was shown only after more than three months in December here in the Philippines.... 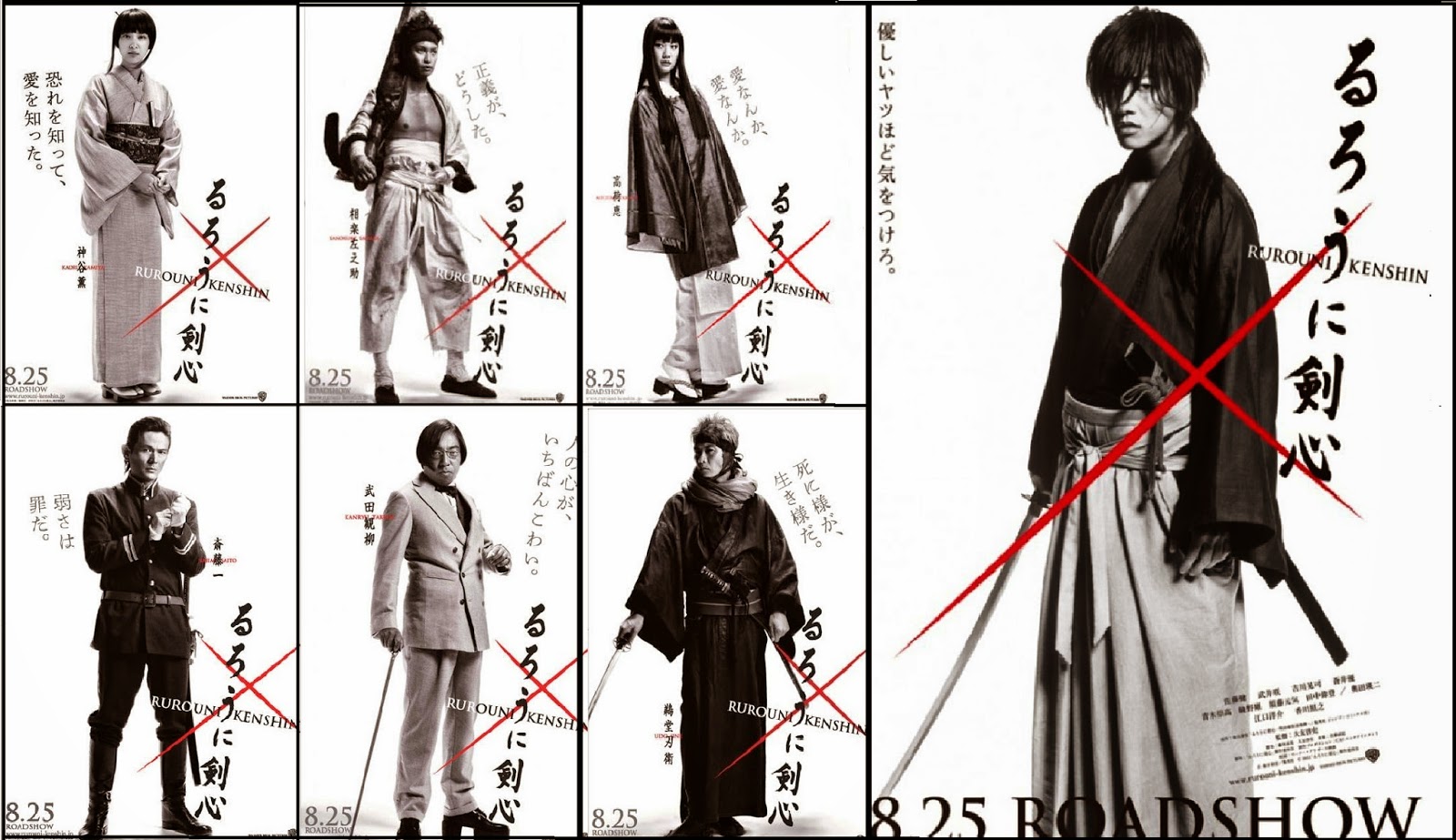 So, I guess we'll have to wait for around the same period of time to watch the movie in theaters... Parang mas feel ko sa theater pag kasama ko ung mga friends ko na otaku din or naka-appreciate din in as much as I do... Pag ako lng baka sabihin, nababaliw n ako ... Reminds me, I might be a little bit like that when we watched the first one.... nanginginig... heart pounding... CLOUD nine.... floating two FEET above the GROUND ang feeling....